You Are Here: Structure of the CWD

Structure of the CWD 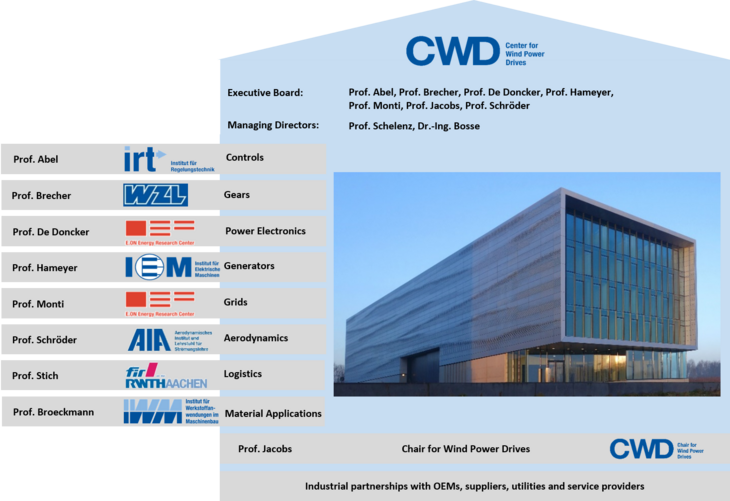 With the foundation of the Center for Wind Power Drives (CWD) another milestone in the research of wind turbines (WT) is set in Aachen. The Center is equipped with an innovative 4MW-WindTurbine-system test rig. RWTH Aachen University thus strengthening the research efforts in the field of onshore wind turbines.

The scientists of the seven institutes combined in the CWD that deal with the system technology of wind turbines will all work together in the same office building at the CWD. This will help to intensify the networking and the boost of innovations. The scientific and organisational responsibility for the planning, usage and operation of the WT system test rigs is taken by the directorate of the CWD which interdisciplinary consists of the directors of the seven institutes mentioned above. To transfer results the Conference for Wind Power Drives in Aachen, amongst others, provides a platform.